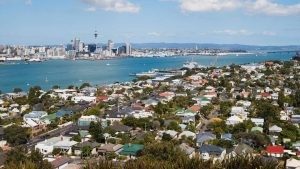 According to StatsNZ, Auckland’s median-growth projection could expand by another 300,000 residents by 2033.

But StatsNZ said the 2 million milestone could come earlier or later depending on migration levels over the coming years.

“Auckland will likely have the highest average annual growth of New Zealand’s 16 regions over the next 30 years, from net migration and natural increase (more births than deaths) in relatively equal shares,” said population estimates and projections manager Hamish Slack. 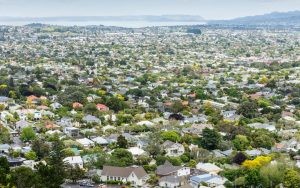 “The medium-growth projection suggests Auckland’s population could expand by an average of about 60 extra people every day, or 1900 a month.”

Already with 1.7 million residents, Auckland is home to just over one-third of New Zealand’s population (34 per cent). By 2048 it could make up 37 per cent of the country’s population.

Auckland will account for half of New Zealand’s population growth over the next 30 years, under the medium projection.

However, projections suggest that the rate of growth in all regions will slow in the long term.

“The total number of people who will be living in each area in the future is uncertain. However, what is certain is that every area of New Zealand will have more older people.”

All regions except Auckland, Waikato, Gisborne, Wellington, and Canterbury are projected to have natural decreases by the late 2040s, with more deaths than births.

The West Coast is the only region to have a lower projected population in 2048 than in 2018. This population dip will likely be the cause of more deaths than births and low net migration.

Of New Zealand’s 67 territorial authority (TA) areas – or city and district council areas – 61 are projected to have more people in 2048 than in 2018.

Selwyn, west of Christchurch, and the Queenstown-Lakes districts are projected to have the fastest-growing areas.

The six TA areas expected to have smaller populations in 2048 than in 2018 are Waitomo, Ruapehu, Buller, Grey, Westland and Gore.