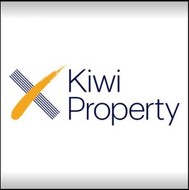 NZX-listed Kiwi Property Group is moving ahead with plans for its south Auckland greenfields site in a region expected to grow from about 193,000 people to 353,000 in 20 years’ time.

The business, which owns property valued at $3.2 billion, yesterday released its annual result and with that, a concept plan for Homestead Park, showing an image indicting the potential to incorporate an old farmhouse on its 51h site where it plans shops, offices, bars and restaurants.

Clive Mackenzie, Kiwi chief executive, said developer was now engaging with the local community on its plans for its site beside the Southern Motorway between Papakura and Pukekohe.
Auckland Council has finished consultation on a draft structure plan for the area and might approve that around the middle of this year, Kiwi says.
Asked how much Kiwi might invest at Drury, Mackenzie said it could be hundreds of millions of dollars.
“The area has been identified by local and central government as a major expansion area in the next 10 to 20 years. We’re building a new town centre – there will be thousands of people living there – with hundreds of shops surrounded by land zoned for residential and commercial,” he said.
Offices, shops, apartments, medical facilities and civic amenities like a library and town hall were envisaged, Mackenzie said although he emphasised planning was still at an early phase.
“We’d love to be involved in a medical site if there are plans for the Government to put another hospital out there. We’d like to retain the existing homestead on the farm as part of our development works and that house could be restaurant or dining. It’s got connections back to the community,” Mackenzie said.

Kiwi’s own Drury information session sheet out in March mentions other aspects of a new hub as being a school, public spaces, parklands and walking paths, police, transport plaza and the Hingaia Creek Reserve.

Auckland Council has released a summary report on the Draft Drury-Opāheke Structure Plan.
That says Auckland could grow to 2.4m people in the next 30 years and “this southern growth area is anticipated to grow from 193,000 in 2016 to 353,000 by 2046.” 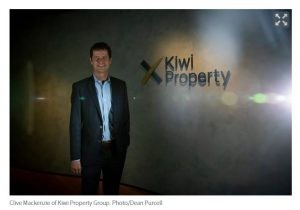 The Drury-Opāheke area is 1921ha where a new town centre, 22,000 houses, 12,000 jobs and 60,000 people could live, the summary says.
Kiwi’s presentation to investors on an asset tour on December 4 last year showed it was awaiting the end of the council’s structure plan process and at the same time, undertaking master planning of its site.
Once the new structure plan is approved, Kiwi will apply for a zoning plan change for its land, then seek development approvals and enabling infrastructure works, it indicated.
The area has good transport connections via State Highway One, the railway line and Great South Rd, Kiwi indicated to investors. The council said the area had big potential: “The Drury-Opāheke Structure Plan area is part of Auckland’s larger southern growth area. This is approximately 20km south of Auckland’s city centre.”
Key features of development will be a main centre and other centres, general business areas, residential areas, open space and new transport infrastructure. The council’s vision is for the area to be sustainable, liveable, compact, accessible via connections to the wider Auckland region through rail and road networks and offer employment opportunities, the summary said.
Kiwi said yesterday in an investor presentation: “Once a structure plan is ratified, a private plan change application can be made to rezone the land in accordance with that plan. We are currently preparing our plan change application, ready for lodgement in late 2019.”
Physical redevelopment works could be “some years away yet” but Kiwi said it was working with its consultant team on mater planning and that would result in a mixed-use community of retail, office, entertainment, residential, civic and recreational uses.

• Next steps: Kiwi to lodge plan change documents for zoning