The big news this month should have been the governments KiwiBuild reset, however it wasn’t the earth moving revelation many would have liked.
Despite earnest efforts from the government to make KiwiBuild fly, the major talking point from the reset (outside of the dropping of the actual goal of 100,000 houses) was a yet to be fully-detailed $400 million scheme, which will aim to get between 2500 and 4000 low-income families into home ownership via a rent to own, shared-equity model.

While sales volumes had shown a resurgence recently, August saw a reversal with a decrease of 6.1% on the same time last year to the lowest level in 7 months.

The situation was variable across the board. Nelson, Bay of Plenty and Tasman all had their best August in 3 years, while Southland 33.2%, Hawkes Bay 18.4% and Taranaki 16.6% all suffered big falls.

Within Auckland there was huge variation. Across the region sales fell by -4.1% when compared to August 2018, but looking into those numbers a little deeper revealed volumes fell in Auckland City, North Shore, and Manukau but in contrast increased strongly in Papakura (43%), Franklin (16.2%) and Rodney District (13.8%).

Early spring auctions are often a good indicator of how the market will wake up from winter. August’s auction numbers were down compared to last year but interestingly enough sales rates were up 13% from this time last year to 54%, according to interest.co.nz. The lower rate of auctions matches with overall volume data but could also indicate agents being more discerning about what they list at auction given the lower clearance rates in recent times.

Commentators are pointing to the wet August especially in the North Island as a contributing factor to the low sales but perhaps a bigger player is a lower number of listings. The past three months have seen the lowest number of new listings in any three consecutive months since records began in 2007.

Bindi Norwell, Chief Executive at REINZ says “With limited choice in many parts of the country in terms of new listings, we’re hearing from a number of agents that people are waiting to purchase before they put their own property on the market, which is slowing the whole market down.”

If you take Auckland out of both of those measurements they paint an ever stronger picture for the rest of New Zealand, with median house prices outside of Auckland shooting up 9.5% to a new record high of $498,000, and the HPI up 6.8% to 2779.

Nationally Southland led the way with a whopping 29.2% increase in median prices, which at least in part could be due to supply constraints which are being fingered for the low sales volumes in the region. Southland which has been forever fabled for its affordability is now sitting at a record median sale price of $310,000 up from $240,000 just 12 months ago.

The only regions outside of Auckland with annual decreases in median price during August were the West Coast and Marlborough, while Tasman was unchanged.

Low interest rates and constrained supply nationally still seem to be supporting value growth with 12 of 16 regions jumping in value, with 8 of those regions experiencing double digit value growth.

Month on month this number continued to come down, dropping from 40 to 39 between July and August. However this is up on this time last year by 2 days.

Again Auckland’s numbers were under performing the national average, taking 44 days to sell which is up 2 on this time last year.

Manawatu/Wanganui led the pack with the shortest turn around for a sale of 28 days. Vendors on the West Coast (94 days) and Northland (76 days) are waiting the longest to move their properties.

Despite the government’s focus on legislation to improve living conditions, increase tenants rights and security of tenancy, along recent tax changes, landlords are still experiencing strong returns in many areas.
According to Core Logic for about 18 months now, average weekly rents across the country have been rising more quickly than average property values, increasing rental yields for landlords after a period of time where yield returns were playing second fiddle to capital gains. They also found the strongest growth in rents recently was in regions also experiencing strong value growth indicating a high demand for housing both to own and rent in these areas.
Augusts figures supported this continuing trend with rents on the rise by 0.3% from last July and a 3.4% on this time last year.
Another pleasing sign for property owners was the upward lift in the flow measure of rental prices which is seen as a lead indicator of rental price changes. It had been falling but rose 0.7% in August and is up 4.3% year on year.

Slowing growth coupled with global and local economic uncertainty are driving the current record low interest rate environment. This and an ongoing shortage of stock is helping underpin housing market demand even while other sectors of the economy risk losing steam.
More OCR (Official Cash Rate) cuts are forecast and depending on the share of these cuts that are passed onto customers, further record low interest rates could crop up in the back end of the year.

However there are red flags to keep an eye on.

There is still a lot of uncertainty around the RBNZ’s capital review which could impact the cost and availability of capital. The rural sector is particularly nervous here and given in many regions the rural sector makes up a significant chunk of the economy any negative impacts there could flow through to housing demand and prices.

So it’s very much a sense of cautious optimism with enough positive signs to be encouraged but some uncertainties to keep a close eye on.

As always, I will continue to keep a finger on the pulse of the current and future economic climate, to keep you up to date with the things that are impacting the lending landscape so you can better advise your clients. If you’d like more information, on anything I’ve covered, please don’t hesitate to get in touch. 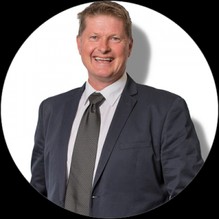