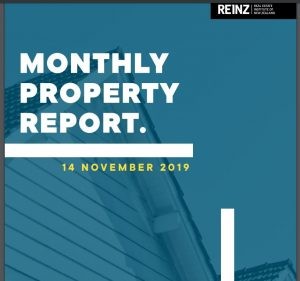 Median house prices across New Zealand increased by 8.2% in October to a new record high of $607,500, up from $561,500 in October 2018 – the first time the median house price for the country has crept over the $600,000 mark, according to the latest data from the Real Estate Institute of New Zealand (REINZ), source of the most complete and accurate real estate data in New Zealand.

“The Auckland region saw the highest median price in 19 months with an increase of 0.8%, compared to the same time last year, reaching $868,000. Interestingly, with new listings down -19.8% in the region, sales were only slightly down by
-0.1%, 3 less sales than the same time last year. Sales in the outer Auckland districts were the major contributors to the sales count, particularly Papakura District (41.9%), Franklin District (25.6%) and Rodney District (13.8%). Anecdotally,
we are seeing positive activity from first home buyers, and good interest from investors. Some open homes have had 50+ groups through in their first weekend, especially with listings in the sub $1,500,000 price range. There are a good
number of new developments coming to the market in the Eastern and South Auckland suburbs. Finance approvals are still quite challenging even with low interest rates and good deposits. Deals that are conditional on finance are needing
to be renegotiated in several instances. Over the next few months we should see more positive activity with more properties coming to the market.”