When did we first start to observe this day of pranking and tricks?

A disputed association between April 1 and foolishness is in Geoffrey Chaucer’s The Canterbury Tales (1392). In the “Nun’s Priest’s Tale”, a vain cock Chauntecleer is tricked by a fox on Syn March bigan thritty dayes and two. Readers apparently understood this line to mean “32 March”, i.e. April 1. 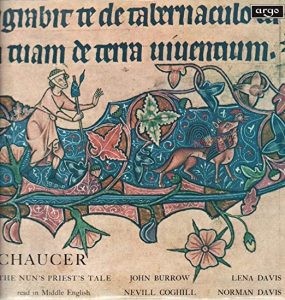 However, it is not clear that Chaucer was referencing April 1, since the text of the “Nun’s Priest’s Tale” also states that the story takes place on the day when the sun is in the signe of Taurus had y-runne Twenty degrees and one, which cannot be April 1. Modern scholars believe that there is a copying error in the extant manuscripts and that Chaucer actually wrote, Syn March was gon. If so, the passage would have originally meant 32 days after March, i.e. 2 May, the anniversary of the engagement of King Richard II of England to Anne of Bohemia, which took place in 1381.

In 1508, French poet Eloy d’Amerval referred to a poisson d’avril (April fool, literally “April’s fish”), possibly the first reference to the celebration in France. Some writers suggest that April Fools’ originated because in the Middle Ages, New Year’s Day was celebrated on March 25 in most European towns, with a holiday that in some areas of France, specifically, ended on April 1, and those who celebrated New Year’s Eve on January 1 made fun of those who celebrated on other dates by the invention of April Fools’ Day. The use of January 1 as New Year’s Day became common in France only in the mid-16th century, and that date was not adopted officially until 1564, by the Edict of Roussillon.

In 1561, Flemish poet Eduard de Dene wrote of a nobleman who sent his servants on foolish errands on April 1.
In 1686, John Aubrey referred to the celebration as “Fooles holy day”, the first British reference. On April 1, 1698, several people were tricked into going to the Tower of London to “see the Lions washed”.

Although no Biblical scholar or historian is known to have mentioned a relationship, some have expressed the belief that the origins of April Fool’s Day may go back to the Genesis flood narrative.

In a 1908 edition of the Harper’s Weekly cartoonist Bertha R. McDonald wrote:
“Authorities gravely back with it to the time of Noah and the ark. The London Public Advertiser of March 13, 1769, printed: “The mistake of Noah sending the dove out of the ark before the water had abated, on the first day of April, and to perpetuate the memory of this deliverance it was thought proper, whoever forgot so remarkable a circumstance, to punish them by sending them upon some sleeveless errand similar to that ineffectual message upon which the bird was sent by the patriarch”. 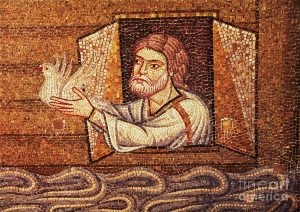